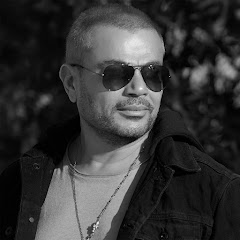 Amr Abdol-Basset Abdol-Azeez Diab (Arabic: عمرو عبد الباسط عبد العزيز دياب‎; born October 11, 1961), is an Egyptian singer, according to World Music Awards Diab is the best-selling Arab recording artist of all time. He was awarded the World Music Award for Best Selling Middle Eastern Artist 7 times: 1998, 2002 and 2007 and 4 Awards on 2014. He is currently one of the top singers in the Arab world, and considered a living legend by many of his fans in the Arab world. Amr Diab is known as the Father of Mediterranean Music. He has created his own style which is often termed "Mediterranean Music" or "Mediterranean Sound", a blend of Western and Egyptian rhythms. His songs was translated into 7 different languages and sang by different artists worldwide. Read more: http://amrdiab.net/biography.html