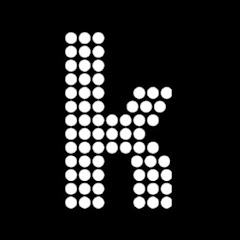 The Killers are an American rock band formed in Las Vegas in 2001 by Brandon Flowers and Dave Keuning. The band went through a number of early lineup changes, but by 2002 they had settled on a lineup of Flowers, Keuning, Mark Stoermer and Ronnie Vannucci Jr. The band's name is derived from a logo on the bass drum of a fictitious band portrayed in the music video for the New Order song "Crystal". The band has released six consecutive chart-topping studio albums: Hot Fuss, Sam's Town, Day & Age, Battle Born, Wonderful Wonderful, and Imploding the Mirage. They have also released a B-sides and rarities compilation, Sawdust; a live album, Live from the Royal Albert Hall; a greatest-hits album, Direct Hits; and a Christmas compilation, Don't Waste Your Wishes. Since 2016 and 2017 respectively, both Stoermer and Keuning have had extended periods of hiatus from the band, though both remain official members. Stoermer mostly retired from touring, citing lingering effects from a pyrotechnics accident, while Keuning has released a solo album.