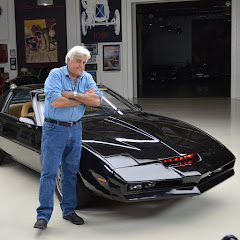 Welcome to the official home of the Knight Rider Historians on YouTube! We are AJ and Joe, and we've spent the last 25 years talking to the cast and crew and collecting screen used props from the series. We have the largest collection of original Knight Rider props in the world, including two of the surviving Trans Ams and the screen used Knight Rider semi! You've seen the show - now learn the behind-the-scenes of how it all happened!