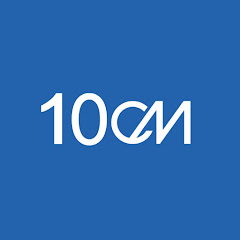 10cm, is a South Korean musical act currently composed of singer-songwriter Kwon Jung-yeol. Originally a duo composed of Kwon and Yoon Cheol-jong, 10cm debuted in 2010. With the release of the single "Americano," the group quickly became one of the most popular indie acts in South Korea, winning the This Year's Discovery Award at the 2010 Mnet Asian Music Awards, followed by Best Pop Song at the 2011 Korean Music Awards. Their first full-length album, 1.0 sold 30,000 copies, a record for an indie act at the time. Following a slew of successful singles, and the release of the full-length albums 2.0 and 3.0, the group achieved its first number-one hit on the Gaon Digital Chart in 2016 with the single "What the Spring??". Yoon left the group in July 2017 while facing charges for marijuana use. Kwon has continued to promote as a solo artist under the name 10cm, releasing the album 4.0 in September 2017 and several singles, including the Gaon Digital Chart top-ten hits "Mattress", "However", and "Borrow Your Night". His concert "Hotel room 1010" is the first paid online concert of Korean non-idol artist.