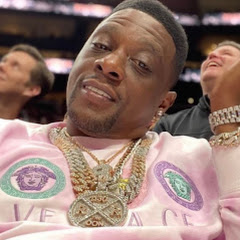 Torrence Ivy Hatch Jr., better known by his stage name Boosie BadAzz or simply Boosie, is an American rapper. Hatch began rapping in the 1990s as a member of the hip hop collective Concentration Camp, eventually pursuing a solo career in 2000 with the release of his debut album Youngest of da Camp. After leaving the label the following year, he signed with Pimp C's Trill Entertainment to release his second studio album, For My Thugz. One of the most prominent figures of Southern hip hop, Hatch has gone on to release seven solo studio albums, as well as six collaborative albums and 42 mixtapes. In 2009, Hatch was sentenced to 4 years in prison on drug and gun charges. In 2010, he was indicted on first-degree murder charges, and was also sentenced to 10 years on multiple charges of drug possession with intent of distribution. After serving 5 years in prison, Hatch was released early on March 5, 2014.