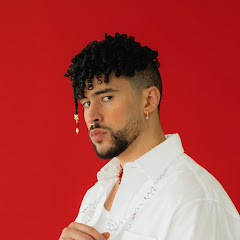 Bad Bunny is a young urban music singer, rapper and producer originally from Puerto Rico. This talented artist has demonstrated overwhelming power, influence and demand with completely sold-out concerts all over Europe, Latin America and the U.S. Some of his most recognized singles include “Soy Peor," "Diles," "Tu No Metes Cabra," "Chambea" and “Mia” with Drake. Bad Bunny has had a short but stunning career with colossal amounts of success . The Puerto Rican superstar won his first-ever Grammy award on 2021 for best Latin pop or urban album for his chart-topping YHLQMDLG, where he was the only urban album in the category against pop gems such as Camilo’s Por Primera Vez, Kany Garcia’s Mesa Para Dos, Ricky Martin’s Pausa, and Debi Nova’s 3:33.